Okay, here goes. I was scared of some rides as a kid. I loved visiting theme parks with my family and always had an appetite for getting my adrenaline fix from rides. The big rides were intimidating but I always wanted to give them a go. However there were a select few rides, that I can remember in the very back of my head, that truly terrified me on my first ever experience of them. I was the kid that you would see crying to my Mum or Dad in the queue saying I didn’t want to go on. We were all like that once, right?

The Fear of the Unknown…

Now, before I crack on with this post, you may notice that a familiar theme will appear. Ever heard of the Fear of the Unknown? I had a major issue with this as a kid. Granted with my hearing loss, I didn’t truly understand the world around me so it was almost like an overwhelming feeling that would take over. This perhaps caused me great anxiety and would kickstart that Fight or Flight response.

I had a major issue with rides that were indoors or concealed. Simply put, if I couldn’t see the ride, how was I supposed to help build the confidence to go on them? My parents dragged me through the queue line, it was an overwhelming situation. My own hearing loss made things tricky to perceive the world around me. I can confirm, I did conquer these rides which no doubt helps gives you the confidence to try out even more rides.

So here are the rides which scared me as a kid…

Credit to Memories of Thorpe Park

I was about 5 or 6 years old when I first ventured on X:/ No Way Out. My family & I queued for a good hour before reaching the station. I cried my little heart out. If there are any old Thorpe Park goers from back in the 90s, you may remember the ride had a pre-show section right next to the station. The doors would shut in front of you and the next thing you know; doors open, the station was empty and an empty train awaited. As a result, this put me into a meltdown and I refused to go on – so yes, Mum had to take me out via the exit because I felt so scared. I didn’t realise it was a backwards ride in the dark. The irrational fear kicked in but I conquered my fear. Honestly, I’d much rather have X back – give me those lasers and lights again Thorpe!

Oh yes, the one and only Nemesis scared me. I was 10 years old and still trying to build up my confidence for the big B&M coasters. I was fascinated by the coaster and the way it worked into the landscape. Seeing the Nemesis monster around the station was a turning point which led me to rethink about going on the ride. I felt so intimidated by the sheer speed, inversions and the Nemesis monster theming. I couldn’t bring myself to get in the queue. In contrast to a year later, I wasn’t even phased by the ride. This was probably the turning point in my theme park enthusiast ‘career’.

Mummies. A man intent on stealing a jewel in a Forbidden Tomb. Snakes. Scarabs. Darkness. Couldn’t really go wrong with this dark ride being a theatrical experience. I had no idea what to expect when I first headed into the queue. I have vague memories of the ride including the intense darkness to Abdab looking very scary when he was cursed. Granted after my first ride, I wanted to go back on it. It’s weird how you can build up so much fear and emotion around a particular object or event. Then you find out it was absolutely fine and you love it.

Noticing a trend in this post yet? Where I was scared of rides that are concealed in a building. I only have one main memory from Wicked Witches Haunt and that was the skeleton chandelier in the station. You knew you were in for a dark and scary experience when you saw that hanging above your head. Your typical omnimover dark ride that whilst is simple in concept, add a dark overlay theme and kids will come off feeling terrified. I loved the ride once I got a bit older and was incredibly saddened when the ride was caught in the fire of 2001. A true part of Thorpe’s history in my eyes.

Which rides scared you as a kid?

Did you always enjoy theme parks & rides as a kid?

When did you start building your love & enthusiasm for theme parks?

That’s all for now! 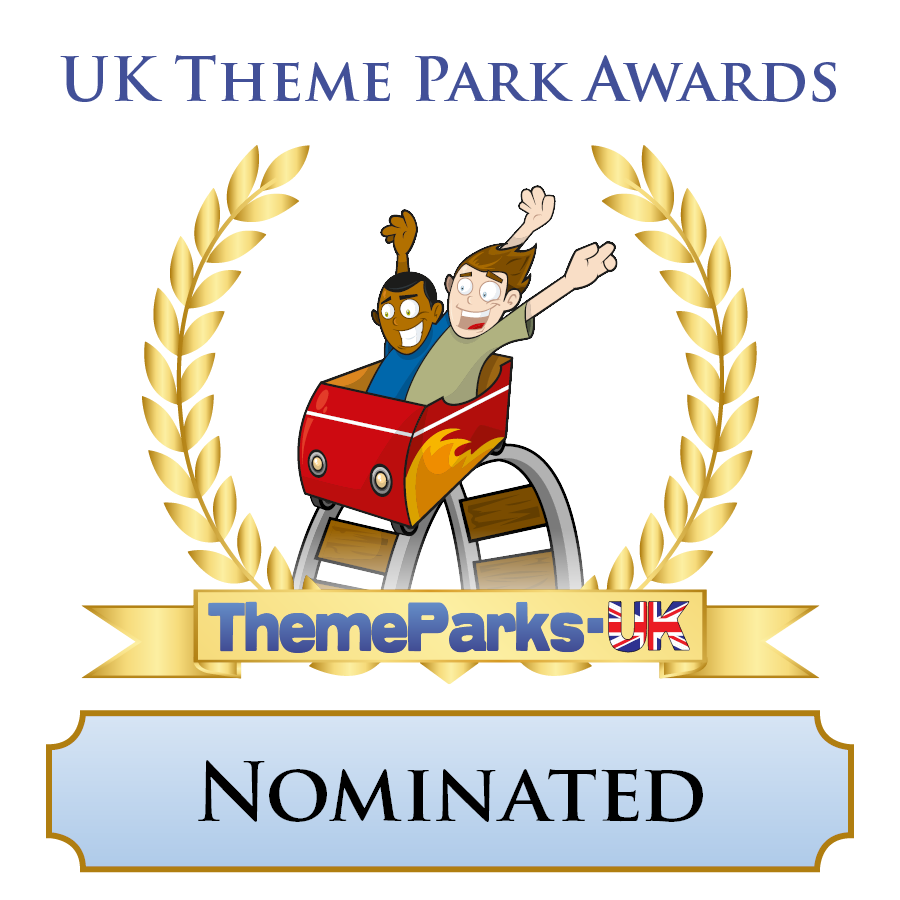